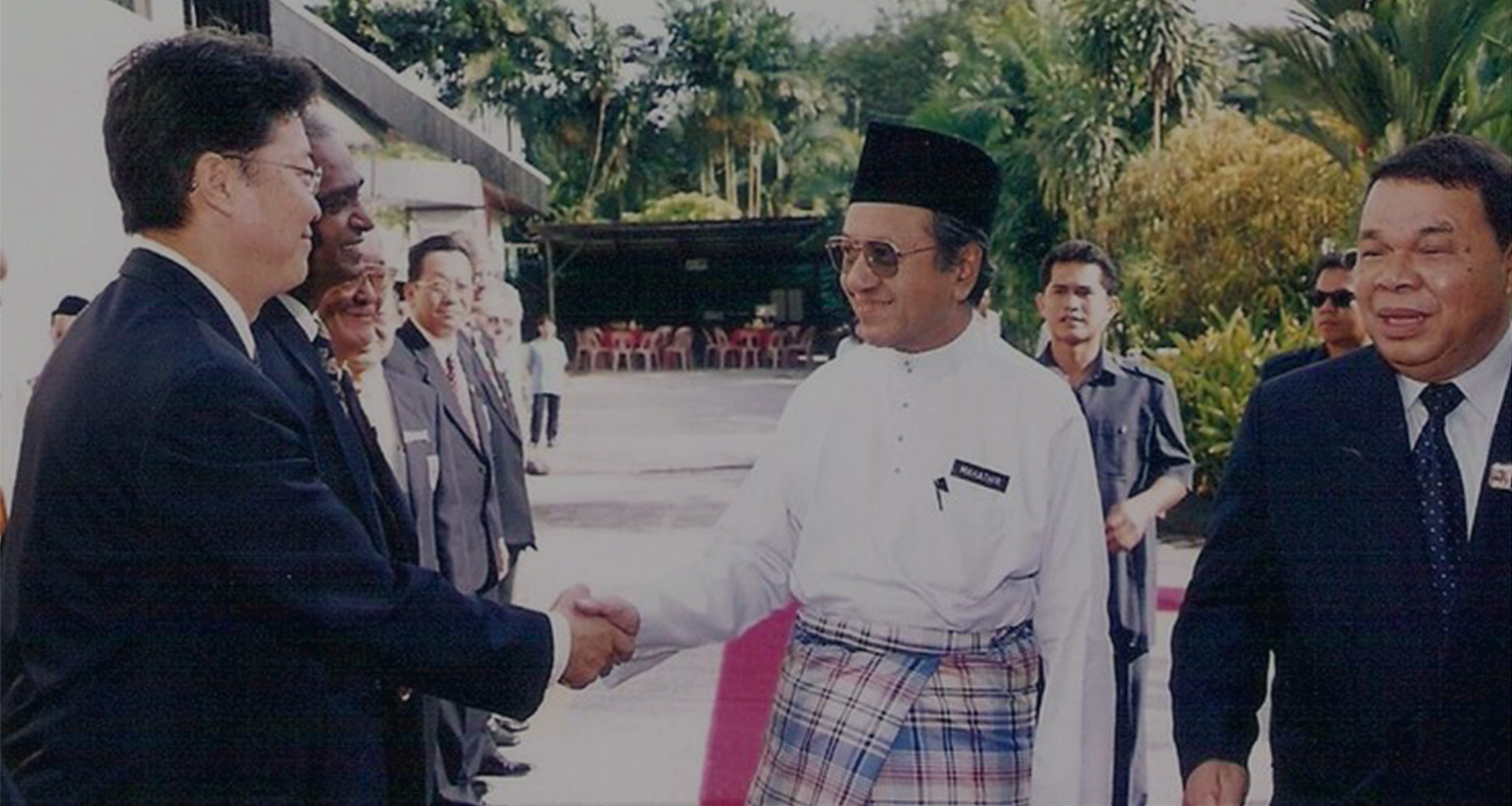 The Beginnings of RCS Malaysia

It was 1961 when Tan Sri Vic Hutson was asked by the country's first Prime Minister, Tunku Abdul Rahman, as to why there was no Commonwealth Society Malaysian Branch.Perhaps the conversation went along these lines:

Tunku : " Vic, the British have been here for a long time. For all intents and purposes, Malaysia was a British colony and many British influences have been left behind. "

Vic : "You are right Tunku. Is there something you want me to do? "

Tunku : "Why don't we have a Royal Commonwealth Society here as they do in London? "

Vic : "I suppose no one thought about it."

Vic : "It is difficult and besides I cannot do it."

Within a couple of weeks, Tunku had spoken to Tun Tan Siew Sin, Tun H S Lee, Tan Sri Jamil Rais, Tan Sri Khir Johari, Colonel C A Tan and Munshi Arif. They formed the Pro Tem Committee with Tan Sri Vic Hutson as the Chairman. Tunku was acknowledged as the Society's Founder. Alex Lee from Skrine & Co was appointed the Society's Secretary. The Society was registered and the first AGM was held. The Pro Tem Committee was converted to the first Branch Council. The AGM had lasted a wholesome ten minutes with Tun Tan Siew Sin as the Chair. All fifty-six members were present.

Even then, funding posed a problem for the Society. Tan Sri Vic Hutson and his Branch Council called on friends for funds. Datuk Kington Loo, a RCS Member and an architect by profession, was assigned the task of sourcing for a Club House. Once the Club House was identified and purchased, Kington and his company, BEP Akitek Sdn Bhd, was appointed to do the necessary renovations.

The question of how to generate more funds plagued the Chairman and the Branch Council. Vic Hutson was in London at Trafalgar Square when he saw the Shakespeare Building. The wood and stone architecture stamped a strong impression not only in his mind but with all those with him. Back in Kuala Lumpur, he designed it with Kington and that is how the Tudor Bar came into existence. The Branch Council continued in their quests for more income generating aspects in the Club House. Bedrooms and a room for slot were created as facilities for members and guests. 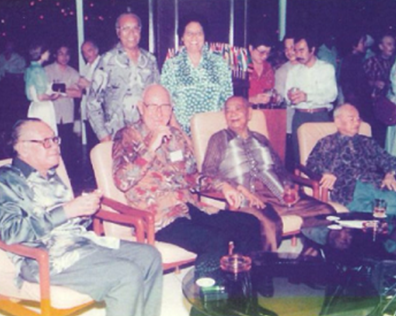 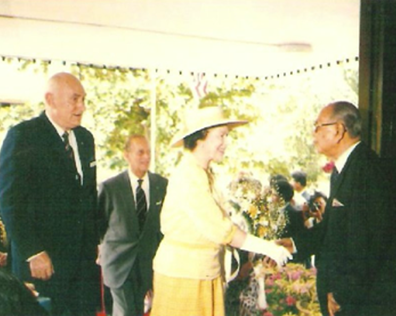 Tunku and the illustrious individuals of the Pro Tem Committee were frequent Clubbers at the Society long after they had resigned from the Branch Council. In fact, Tunku continued to frequent the Club House even when he was getting on in age and wheelchair bound. The most memorable was in February 1972 and again in October 1989 when he was on hand to receive HRH Queen Elizabeth and HRH Prince Philip to the Society. A plague at the Club House stands testimony to these visits. A brass bust of Tunku, who had a special place in his heart for RCS (Malaysian Branch), stands in the Tan Sri Vic Hutson Lounge

Vic Hutson, the Irish gentleman who was more Malaysian than most foreigners, will always be fondly remembered as Mr RCS himself. His exemplary involvement and passion from the moment Tunku approached him with the request of setting up a Royal Commonwealth Society Malaysian Branch, and building the Society to what it was till the day he passed away must be commended.

At 3pm on 19th December 1999, Vic Hutson lay in his hospital bed at the Assunta Hospital, spending his last moments with his son, Dato' Ismail Hutson. Holding tightly to Ismail's hands, he gave precise instructions for his funeral arrangements. He made his son promise him to look after his three babies: RCS, Zoo Negara and the Outward Bound School. His said: "Ismail, take care of them. Take care of the Society. Bring your own friends. Don 't bring those with their own agenda but with a passion for the Society." Tan Sri Vic Hutson passed away at 4.45pm the same day. He had been the Branch Council Chairman from 1962 to 1994.

And on the evening of 20th March 2003 at 4pm, Kington called Ismail who was at Zoo Negara at that time, and asked if everything was going right at the zoo and the Society. Kington was the Chairman of Zoo Negara. "Yes" said Ismail not realising that this was to be their last conversation. Fifteen minutes later, Kington collapsed and passed away.

Five decades have passed since RCS was formed. Five decades of countless joys, sorrows, challenges faced and overcame and wonderful cherished memories. The Society has indeed travelled on paths tested and untested and it will continue to deepen the niche set by the founding members of the Society.

As we celebrate this Golden Jubilee Anniversary, let each Fellow of RCS make a fervent commitment to move the Society forward and be involved in the true Clubbing Spirit.

I was 21 years old when my father, Vic Hutson, related the request Tunku Abdul Rahman made regarding a Malaysian Branch of the Royal Commonwealth Society to me. I was excited as I knew I would be involved in this request from Tunku. The great leaders met and discussed and though I was always in the background doing whatever tasks I was assigned with, I was grateful. That was fifty-one years ago.

What stands out in my memory are the numerous dignitaries, both local and international, who have been guests at the Society: the Royal visitors, playing host to the International Meetings where our Prime Ministers have attended and given keynote addresses and celebrating our annual Commonwealth Day with Ambassadors from the Commonwealth and distinguished guests and Fellows. 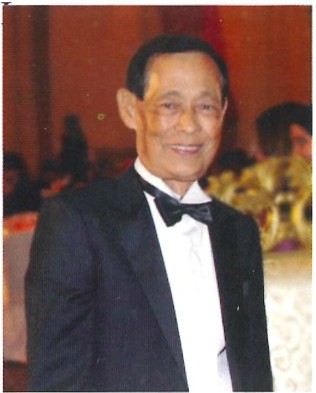 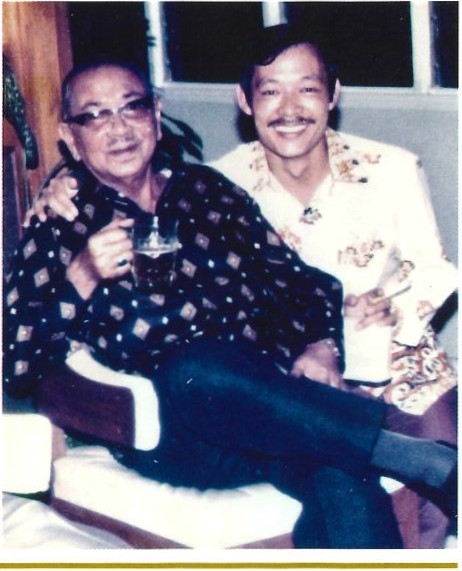 Despite the challenges over the years, our RCS has grown from the initial membership of fifty-six to six hundred odd today. Many may say we should have a larger membership base and that is true. Perhaps we need to remember that membership can only increase through members. Membership fees, facilities and services offered are a main attraction. The Membership fees are perhaps amongst the lowest in the Klang Valley. Where facilities and services are concern, we have a chicken and egg situation. The Branch Council is continually taking steps to improve these areas. After years, our kitchen is finally being renovated. It will be ready in the next few days and Fellows and guests can enjoy a better standard of cuisine. At this juncture, I would like to thank all Fellows and guests for their understanding during the renovation period. F&B promotions are being planned for the pleasure of Fellows and guests too.

Perhaps something that must be reintroduced is the spirit of clubbing or the clubbing spirit. Though a Colonial club practise,  all clubs the world over have adopted it. Following set rules, adopting decorum in dress and conduct and practising an unspoken code of ethics are some characteristics of a clubbing spirit. This was evident in our Society from the time it was registered. Over the years, this seems to have filtered and is becoming less evident. We must bring it back, and with renewed commitment. Let's make this a Golden Jubilee resolution , a resolution that needs all our efforts.

I had been the Chairman since 2002 and I must commend all members of the Branch Council for their support and guidance in their respective convernership that continues to propel the Society forward whilst managing the Club House.

Here's to a wonderful Golden Jubilee and to the years ahead.

Every year on the second Monday in March, 54 countries join together in celebration of the links they share as members of one diverse and dynamic global family - the moderm Commonwealth.

In the UK, one way in which this special day is celebrated is with a unique event in London's Westminster Abbey. The UK's largest multi-faith celebration, the Commonwealth Day Observance, is attended by Her Majesty The Queen, the Prime Minister, High Commissioners, up to 200 other VIPs and more than 1,000 schoolchildren.

The Commonwealth Day Observance takes a different theme each year. And in 2012 we will be 'Connecting Cultures.' Through a thrilling mix of world music, dance and personal testimonies, the event will explore the golden threads that tie together people from every continent, faith and ethnicity.

We at the Royal Commonwealth Society , Malaysian Branch, are once again pleased to be hosting this event at our Club House on the 12 of March 2012. The event starts at 7.30p.m. and promises to be a lively and 'Connecting' event.

'Women as Agents of Change' was the Commonwealth' s theme for Commonwealth Day 2011. HRH Queen Elizabeth ll stated in her message: "The Commonwealth celebrates the important role women already play in every walk of life in every Commonwealth Country. We recognise women as agents of change in so many ways." A Cocktail Reception was hosted at our Balai T.A.R, Commonwealth House. The Deputy Foreign Minister, Y.B. Senator A. Kohilan Pillay, six Commonwealth High Commissioners and Fellows of RCS Malaysia and their guests commemorated the 2011 Commonwealth Day. 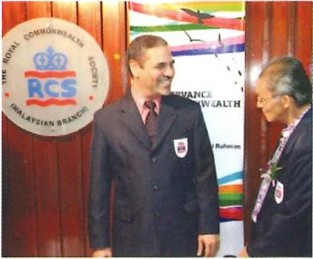 The RCS International Meeting 2011 was held at the Commonwealth House, RCS Malaysia from 15 May to 17 May 2011. The President of RCS London, Baroness Usha Prashar attended the meeting together with a total of 44 delegates from RCS worldwide

Six papers were presented by Dr Danny Sriskandarajah, Director of RCS London, Datuk Muhammad Feisol Hassan, President of RCS Malaysia, the RCS London staff and our Former Prime Minister, Tun Abdullah Ahmad Badawi who was also the Chair of the Commonwealth Eminent Persons Group. RCS International Meeting 2011 concluded with a Cocktail Reception held at the Residence of the British High Commissioner to Malaysia.

The Royal Commonwealth Society of Malaysia recognises the need to promote democracy and good governance, equal stands for justice, respect for human rights and the rule of law. The Society agrees that sustainable environmental, economic and social development are issues all of us should be concerned with.

As Voluntary Members of the Society, the Commonwealth's members work together, where possible, In a spirit of cooperation, partnership and understanding. Underlying the work of The Royal Commonwealth Society of Malaysia is a belief, that an understanding of the ideals of the Commonwealth is the key to creating successful, harmonious and multi-cultural societies across Malaysia and the world. Our conviction is that a better world is within our reach.

The RCS Malaysia Youth Affairs is a vibrant group of young people who range from 15 years to 30 years of age. They have taken our Societal objectives a step further by organising various programs to address Sustainable Development Goals as identified by the Commonwealth Heads of Government.

Vision:
To endeavour to support and promote the Declaration of Commonwealth Principles and further Declarations issued by the Commonwealth Heads of Government from time to time and to promote the increase and diffusion of knowledge respecting the peoples and countries of the Commonwealth; to maintain the best traditions of the Commonwealth; and to foster unity of thought and action in relation to matters of common interest and also establish a place of meeting for the purpose of conducting the business of the Society and providing facilities for Members of the Society to share in social, swimming and recreational activities of all kinds.

Mission:
To create the awareness and disseminate the message of Delivering A Common Future: Connecting, Innovating, Transforming, the 2020 theme; explores how the modern Commonwealth, with its network of over eighty organisations, can connect and innovate to transform the whole of the Commonwealth into societies underpinned by the values of democracy, multilateralism, sustainable development, the protection of the environment, and the empowerment of women and young people. 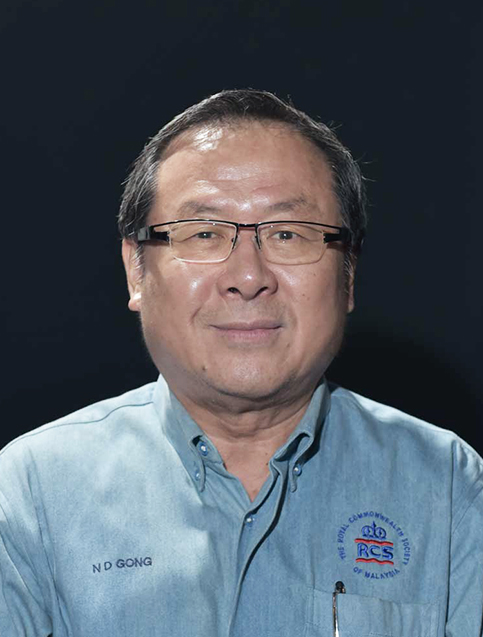 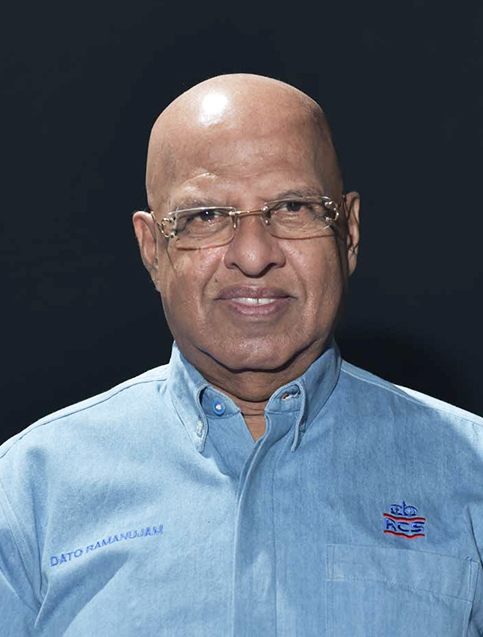 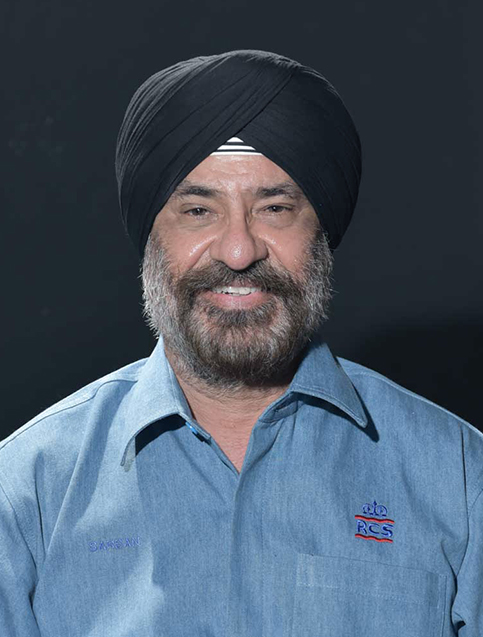 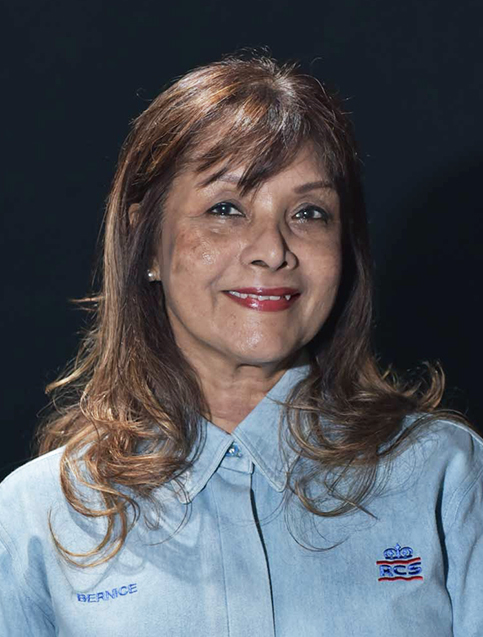 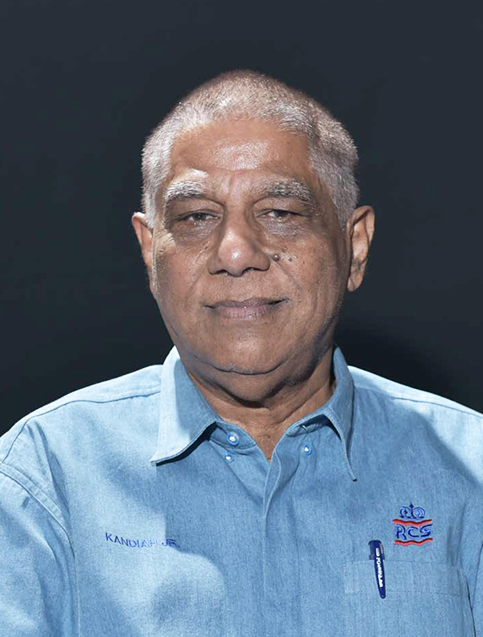 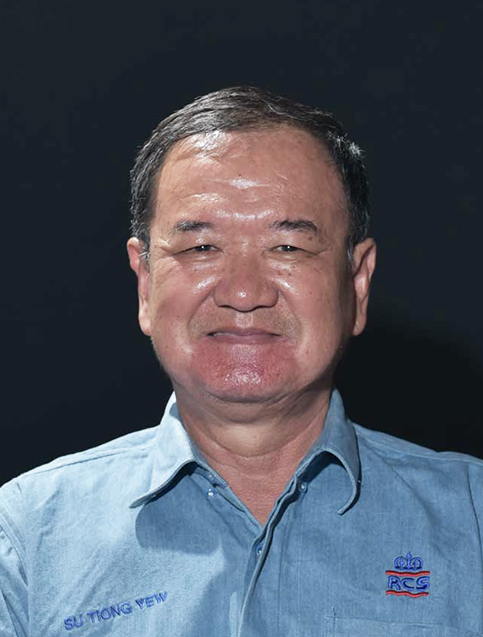 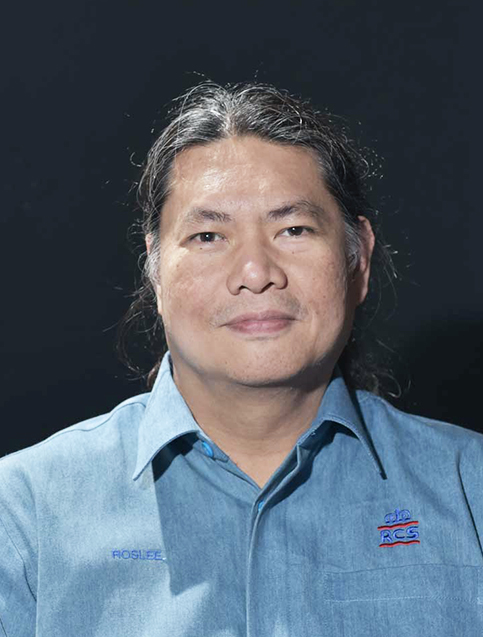 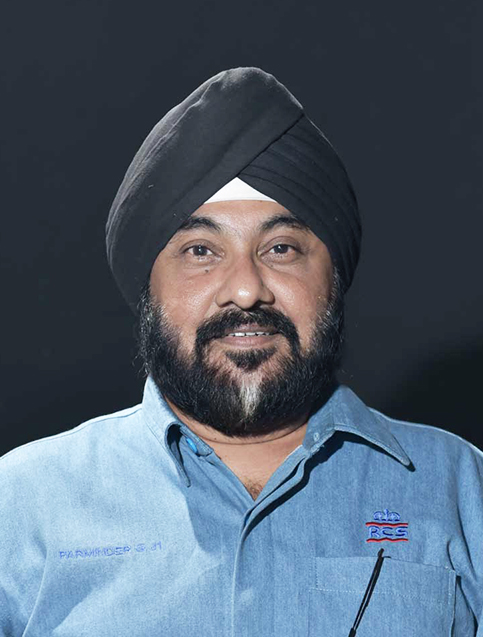 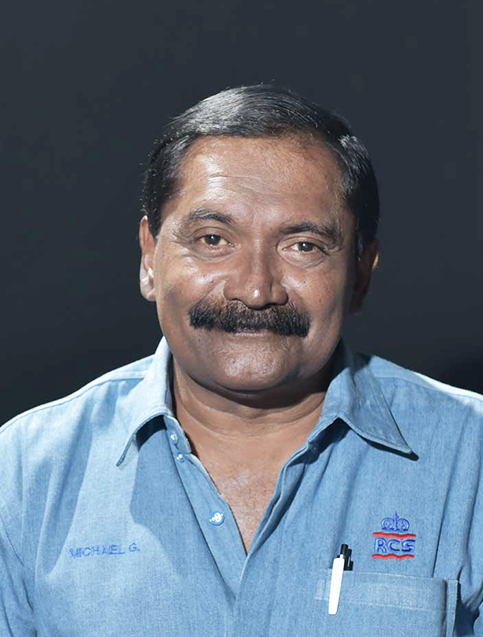 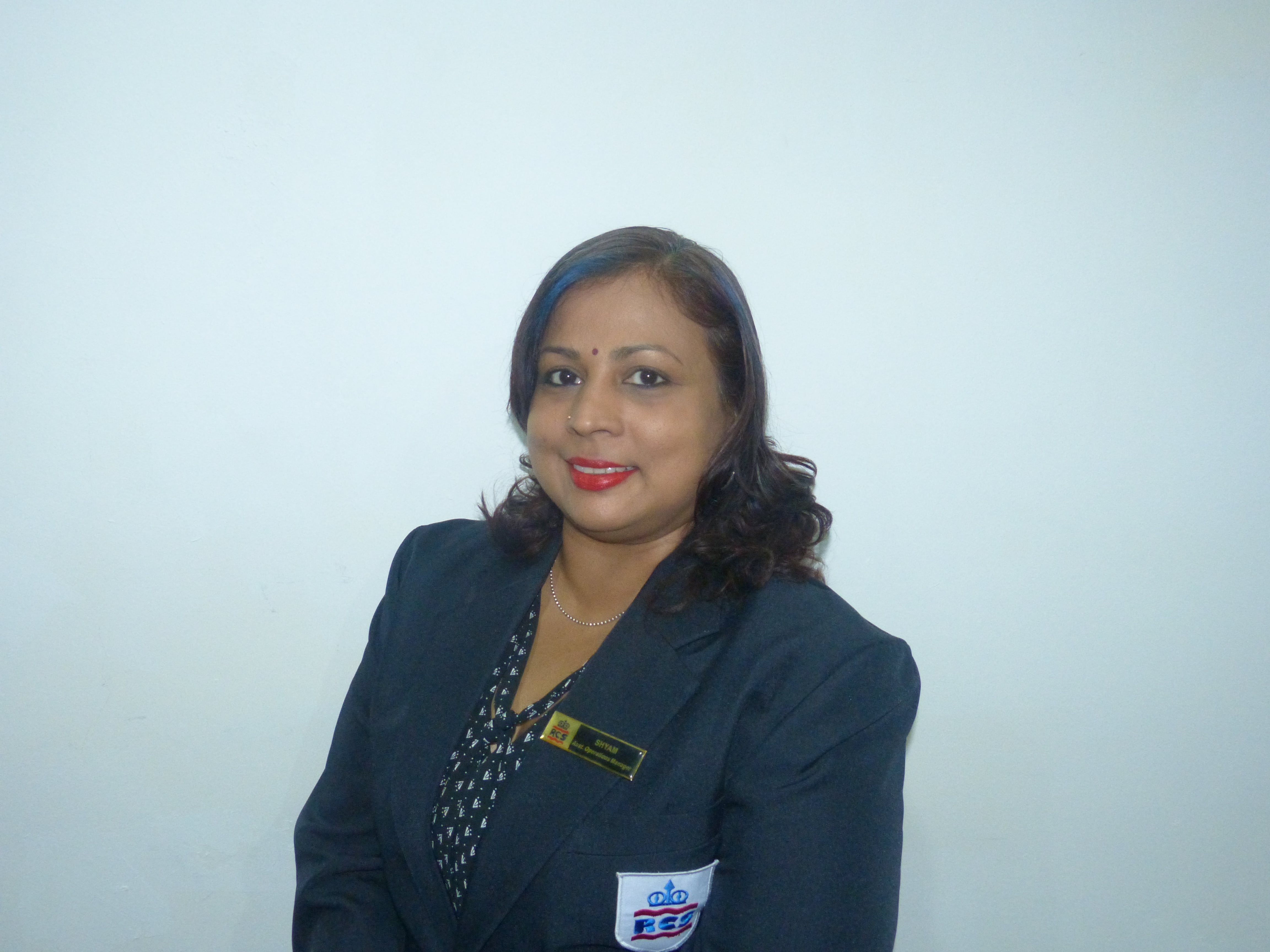 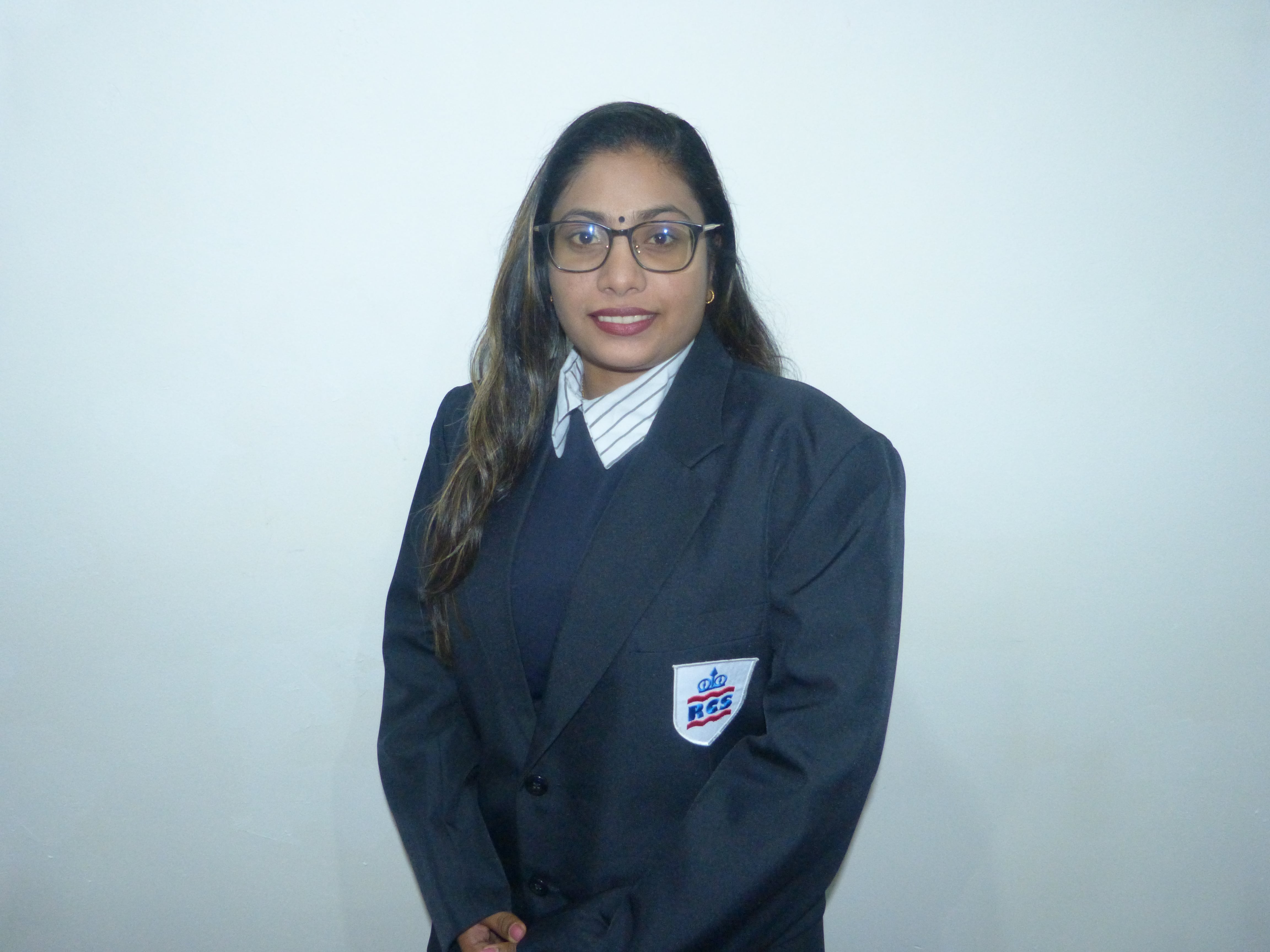 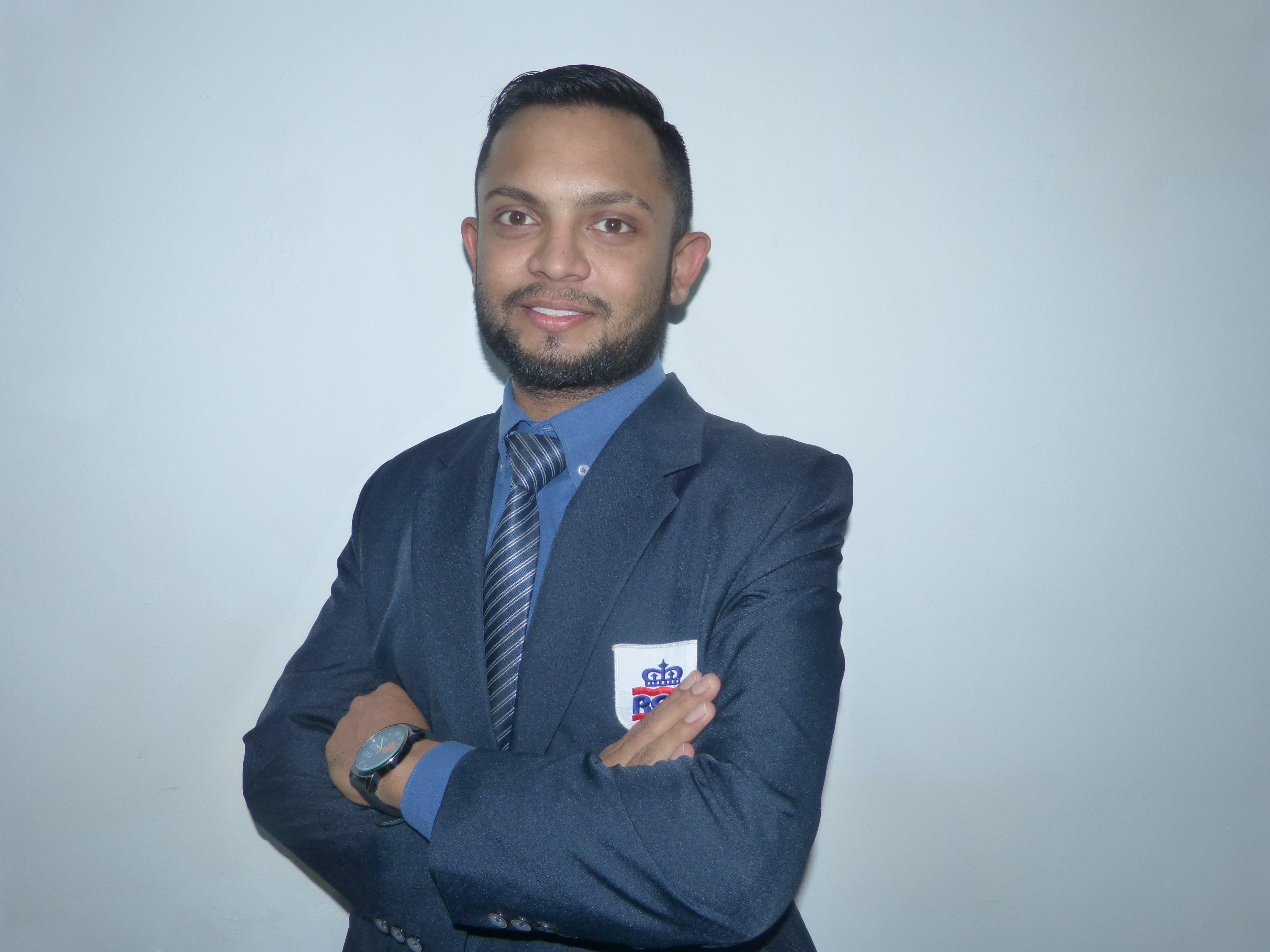 How to Become Member

The RCS Malaysia offers three type of memberships bringing its own level of recognition and privileges that will make you feel right at home.